There are a number of virtual tours of the building including the Central Lobby, Westminster Hall, the Prince’s Chamber, St Stephen’s Hall, House of Lords Chamber, the Members’ Corridor and Lobby and the Peers’ Lobby and Corridor.

The 360-degree virtual tour of the Commons can be found on this page: 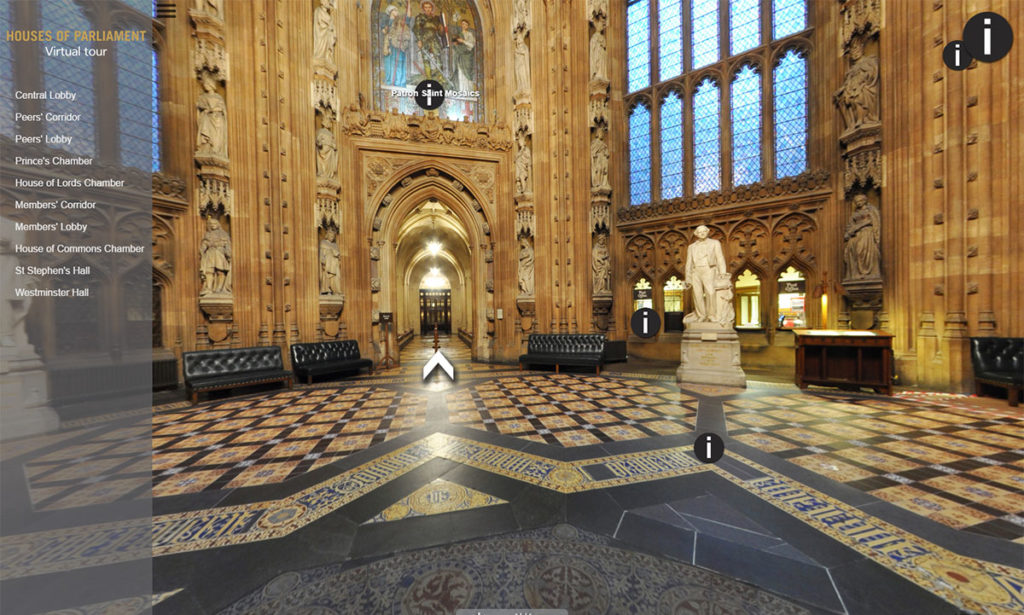 It is quite interesting as the exclamation marks dotted around the 360-degree virtual tour points out what room your in and what names art and features of the rooms. Some of these you can click on and reveal some interesting facts about these sections.

The Greatest of Them All – Winston Churchill

Why it’s a Great Time to Visit the UK

Got a question? Want to email us?

Please fill in the details below and we will get back to you shortly.

Thank you for submitting your details.

You should hear from us shortly.

Contact us
Find us on...
Customer Service
Company Profile
Work with Us
Media Gallery