Some are Born Great! 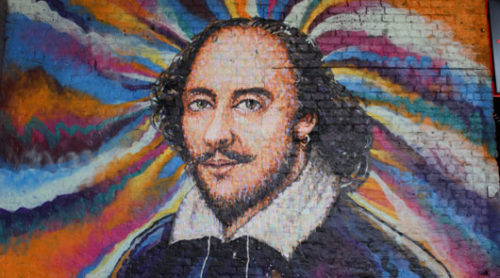 Some are born great, some achieve greatness, and some have greatness thrust upon them

William Shakespeare was an English poet, playwright, and actor, widely regarded as the greatest writer in the English language and the world’s pre-eminent dramatist.  Shakespeare is often referred to as England’s national poet, and the “Bard of Avon”.

– All that glitters is not gold
– All’s well that ends well
– Bated breath
– Dead as a doornail
– Fancy-free
– Fool’s paradise
– For goodness’ sake
– Good riddance
– Heart of gold
– In a pickle
– Knock knock! Who’s there?
– Laughing stock
– Love is blind
– Naked truth
– Neither rhyme nor reason
– One fell swoop
– Star-crossed lovers
– Pomp and circumstance
– Pound of flesH
– Primrose path
– Too much of a good thing
– Wear my heart upon my sleeve
– What’s in a name?
– Wild goose chase
– The world’s my oyster

The Guinness Book of Records lists 410-feature length film and TV Versions of William Shakespeare`s plays as having been produced, making Shakespeare the most filmed author ever in the English language.

Why not join us on our two hour Shakespeare walking tour around London, exploring areas of the capital that are connected with this incredible playwright.

Got a question? Want to email us?

Please fill in the details below and we will get back to you shortly.

Thank you for submitting your details.

You should hear from us shortly.

Contact us
Find us on...
Customer Service
Company Profile
Work with Us
Media Gallery